Considered by most the greatest player of all time, notching 1,282 goals in his illustrious career.  He won three World Cup trophies with Brazil and being one of three players to score in four World Cup tournaments.  He is the leading goal scorer of Brazil.

He is Brazilian, having played for Santos FC in the Brazilian league as well as the New York Cosmos along with the national team at 16 and in the World Cup at 17.

He is often referred to as the "King of Football" and Johan Cryuff claimed: "Pelé was the only footballer who surpassed the boundaries of logic."

Soccer or futebol is synonymous with Pele.

Many believe Maradona is Pele's equal as the greatest player of all time.  While the debate rages on, it is hard to disagree with Maradona's skills and amazing goals.

His most notable and considered one of the greatest goals ever, was scored against England in the World Cup as he beat a number of players dribbling from midfield to score one of the most sensational goals of all time.  During this game, he also had one of the most controversial goals of all time; as he went up for a header, he stuck his hand out and hit the ball into the net, which the referee missed and thus was the defining moment of cheating, dubbed "The Hand of God".

Maradona won the World Cup in 1986 with Argentina and played for some of the best clubs in the world in his career including: Barcelona, Napoli, and Boca Juniors to name a few. 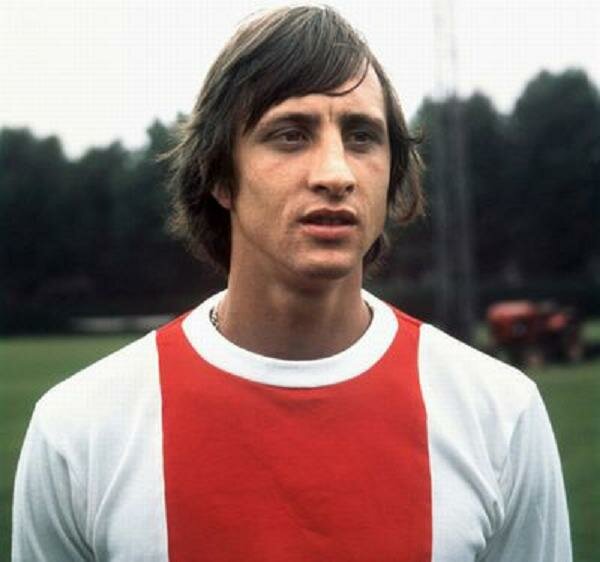 Cruyff is a Dutch attacking midfielder and forward that ushered in the era of Total Football that was later adopted by Ajax and more famously Barcelona FC.  Cyruff won the Ballon D'or (best player of the year) three times and led the Dutch National team to the World Cup Final.  Cruyff played for Ajax, winning the European Cup three times and then went on to play for Barcelona FC.

Cruyff was as influential, if not more so in coaching than as a player.  Cruyff developed the foundational coaching strategies and the youth academies of Ajax and Barcelona FC, most notably at Barcelona, which produced the players with the likes of Lionel Messi, Andres Iniesta, Xavi Hernandez, Pep Guardiola and hundreds of more.

He coached at Ajax for three seasons and Barcelona for eight seasons, becoming the most sucessful coach at Barcelona by winning 11 trophies in his time.  That record has since been surpassed by Pep Guardiola who won 15 trophies in a remarkable four seasons playing by the style founded by Cruyff called Tiki-Taka.

Beckenbauer is considered to be one of the greatest German soccer players of all time.  A midfielder turned defender, he played for Bayern Munich from 1964-1977 and won the European Cup three times in a row.

He is considered one of the greatest defenders to ever play the game. Beckenbauer is one of two people to win the World Cup Trophy as captain in 1974 and as a coach in 1990.

The Brazilian Ronaldo is well known for being one of the very best forwards in the history of the sport.  He is one of three players to win the World Player of the Year three times, alongside Zidane and Messi.  He most notably won the FIFA World Cup in 1994 at 17 and again in 2002, scoring twice in the final and leading the tournament in goals.

He has scored 62 goals for Brazil and is the nations second highest scorer.  He played for Inter Milan, Barcelona, Real Madrid, and A.C. Milan in his illustrious career.  He had the record for the most goals scored at the World Cup at 15 which he held for eight years before being surpassed by Miroslav Klose.

Zidane is one of the greatest French soccer players, winning the World Cup in 1998, scoring twice and leading France to the World Cup Final in 2006 which he chipped the goalkeeper on a tense penalty kick.  As an attacking midfielder, Zidane played most notably for Juventus from 1996-2001 and Real Madrid from 2001-2006.

Zidane won the World Player of the year three times, a record achieved by only the Brazilian Ronaldo and Messi.  His career ended on a sour note, as he was ejected in the World Cup Final in 2006 for headbutting an Italian defender and retired then after.  He is currently coaching Real Madrid B and is an assistant coach for Real Madrid.